In a dynamic market driven by the recent opening of many distilleries in Japan, a mysterious new Japanese whisky has just appeared. It has been bottled for the Hakutsuru Sake House by a distillery in Hokkaido whose name is kept secret. We have investigated in order to try to clarify the origins of this single malt Tan Cho.

A few weeks ago we had the surprise to discover this new whisky during the Whisky Live 2022 in Paris. Presented in the area dedicated to sakés, it was not easy to find it because all the Japanese whiskies were grouped in the same area. 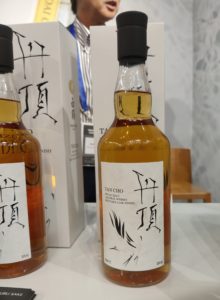 So we met the representative of Hakutsuru, a great House of sake and other alcohols founded in 1743 in the region of Hyogo, who presented us and made us taste Tan Cho.

As soon as we tasted it, we could feel that it is not just any whisky, even less an ersatz made of barley shochu bottled under the name of single malt. On the palate, one can feel the influence of the maturation in mizunara casks with spicy notes, and its aromatic profile is rich and complex with many fruity and cereal notes.

It is indeed a single malt and a priori from a Japanese distillery whose name is mysteriously kept secret by Hakutsuru.

On the other hand, the presentation of the product is rather complete and transparent, it is not a single malt imported from a foreign distillery and bottled as a Japanese whisky, the representative is formal and seems sincere. He can't reveal the name of the distillery but he assures us that it is known and recognized by the Japanese whisky lovers.

Then he explains us the origin of the Tan Cho whisky project, with the desire to highlight the beauties of the nature of Hokkaido through the bottling of a single malt from this island. For this purpose, the toji or sake master brewers of the House went to the famous distillery to select some casks of single malt aged 3 years and more. These whiskies were blended and put in mizunara casks for further maturation, then bottled and delivered to Hakutsuru.

We obviously tried to ask questions to have more information about the distillery that collaborated, but nothing more than what was officially announced by Hakutsuru, namely a distillery in the east of Hokkaido... The secret will remain well kept despite our exchange, but we knew that one of the qualities of the Japanese is to know how to keep a secret, that's why we decided to conduct our own investigation.

Which Japanese distillery located in the east of Hokkaido could have been at the origin of the Tan Cho single malt bottled by Hakutsuru ?

On Hokkaido, there are several whisky distilleries which could be at the origin of Tan Cho, the 2 main ones are : Yoichi, the oldest, and Akkeshi already famous and nicknamed the small Lagavulin. Four other distilleries are under construction or have just started distilling: Niseko, Maoi, Rishiri, AZE, so we can directly eliminate them because Tan Cho contains whiskies of 3 years and more.

There are 2 candidates left, the two most famous ones, Yoichi founded in 1934, and Akkeshi which started distilling in 2016, so how to decide between them ? 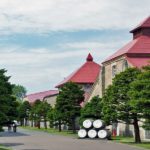 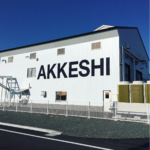 With the mizuanra casks maybe ? Indeed these casks are rare and precious but Nikka has some in Yoichi, and Akkeshi also has casks made of local mizunara wood (Quercus Crispula) from Hokkaido.

Technically we can't separate Yoichi and Akkeshi, both can be at the origin of a single malt of 3 years and more aged in mizunara casks. Let's see now if Hakutsuru has any links with one or the other of these distilleries.

For the sharing of common values, Hakutsuru by its name is a tribute to a symbolic bird of Japan: the crane that we find on the label of Tan Cho. Respect for nature and the environment is one of the key values of the company's philosophy.

Interesting but not conclusive clue, it could be Yoichi distillery of Nikka which paid tribute to the crane with its famous pure malt Tsuru 17 years, or Akkeshi whose very symbol is a crane and whose productions often pay tribute to the nature of Hokkaido. 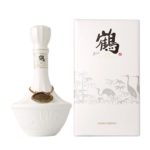 Have there been any links in the past between Hakutsuru and a distillery in Hokkaido ?

For Yoichi which belongs to Nikka Whisky, we have not been able to find any previous collaboration links in any field. 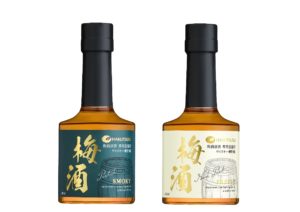 On the other hand, while searching for Hakutsuru and its possible links with Akkeshi, we came across the presentation in September 2021 of a limited edition of umeshu, the famous Japanese plum liqueur, aged in ex-single malt casks from... Akkeshi ! Interesting !..

This means that Hakutsuru and Akkeshi have already established links and collaborated in the past. According to the press release, Hakutsuru allowed the bottling of the first Akkeshi whiskies when the distillery had not yet set up its bottling line.

A cluster of clues forces us to eliminate Yoichi and thus directs us to Akkeshi which could be the distillery where Tan Cho whisky was distilled.

In short, Akkeshi has been distilling single malt for quite some time, has mizunara casks, shares common values and has already collaborated with Hakutsuru. In the light of all these elements, another clue subtly disclosed by Hakutsuru jumps out at us with the location of Akkeshi, the only distillery located in the east of Hokkaido island !

Damn but it's sure !

The answer to the question about the distillery where Tan Cho comes from is simply given by Hakutsuru: "Distilled and matured in the eastern of Hokkaido" !

But there is only one distillery located in the east of the island: Akkeshi.

Of course at this stage of the investigation we were not 100% sure, but a few weeks after the Whisky Live we had the chance to meet again the representative of Hakutsuru during the Paris Sake Fair.

Of course we told him the result of our research and our almost certainty about Akkeshi. But without much surprise he never confirmed us formally, however his embarrassed laugh and his "You're very smart guys" could be a way to make us understand that we had aimed right.

In the end, we didn't have to look very far, but rather to pay attention to what Hakutsuru said about the distillery where Tan Cho was made. The secret was therefore barely veiled, the only distillery able to produce whisky in the east of Hokkaido is of course Akkeshi.

Tan Cho is not just any Japanese whisky, it is a single malt distilled, aged and matured in a world-renowned Japanese distillery that has won several awards in international competitions. The technical part having been entrusted to the distillery, the creation part has been entrusted to the toji or Master Brewers of the House of Hakutsuru giving a considerable interest to this single malt.  It is all their know-how in blending that is expressed through the carefully selected and blended casks. It is a real nugget that goes unnoticed while it should arouse the interest of all the passionate of real Japanese whisky.