At the beginning of March, we propose you to focus on the Mars Whisky brand and its two distilleries Shinshu and Tsunuki owned by the Hombo Shuzo group, manufacturer of traditional Japanese wines and spirits. Let's go to Nagano prefecture in the heart of the Japanese Alps to (re)discover the Shinshu distillery !

If we were to rely on the Mars Whisky bottlings of the last ten years, we could think that Shinshu is a young distillery that has not yet developed an aged range of its Komagatake single malt.

In reality, its history is a bit longer and more tormented than it seems, with several relocations, failures, a mothballing, a rebirth, then a refreshment and an expansion. We even meet the shadow of Masataka Taketsuru, founder of Nikka and incidentally considered as the founding father of Japanese whisky.

The history of Shinshu is closely linked to that of Hombo Shuzo, a company founded in 1872 in Kagoshima and originally producing shochu, but which over the years diversified until it obtained a license to distil whisky in 1949. But it is only from 1960 that the production of malt whisky, entrusted to Kiichiro Iwai, starts in Yamanashi in the Chubo region. 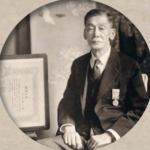 In order to build the ancestor of Shinshu and to start the production of whisky, Iwai, who had previously collaborated with Taketsuru at Settsu Shuzo, succeeded in recovering Taketsuru's notes, brought back from his Scottish trip during which he studied in detail the distillation process.

In designing the distillery and the plans for its two stills, Iwai drew heavily on the designs of the founding father, which is why there are great similarities with those of the Yoichi and Yamazaki distilleries.

After about ten years of production in his distillery in Yamanashi, Hombo Shuzo suffered a first failure with a single malt too powerful for the delicate palate of the Japanese. For the record, Yamanashi, which was later transformed into a vineyard, is still in activity today, its wine casks being used for the ageing of some Mars Whisky productions.

At the beginning of the 70's, the decision was taken to change the site to produce a single malt different from the previous one, and the distillery was relocated to Kagoshima on the island of Kyushu in the south of the archipelago, a region where the climate is more tropical.

Unfortunately in Kagoshima it is not better: the success is still not there and Hombo Shuzo is still unable to produce a lighter, more refined single malt. Ten years later, in the early 80's, the company relocated again, and this time back to Honshu in the Nagano region in the heart of the Japanese Alps.

It is at this moment that Shinshu is really born, its construction being completed in 1985. The operations started thanks to the two stills which were aging because they had been in activity for 25 years, but the destiny became more and more difficult with, at the end of the 80's, a whisky consumption in free fall which pushed several Japanese distilleries to close their doors for good. Hombo Shuzo then opted for a less radical solution and mothballed the production of whisky and its two stills in 1992 in order to devote the distillery to other more traditional spirits. 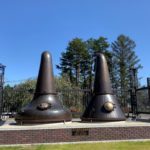 In 2011, it's a rebirth: Shinshu is out of its sleep, Hombo Shuzo sensing the growing success of Japanese whiskies. He even gave the two original stills a final makeover to resume distillation.

Finally retired in 2014 during a major refurbishment of the site, they are now proudly displayed outside the distillery, and have been replaced by two new stills made in Japan by Miyake, which are exact copies of the previous ones designed by Iwai. In 2020, the distillery's production capacity will increase with the expansion of the site.

Shinshu is located in the heart of the Japanese Alps, not far from the village of Miyada on the banks of the Otagiri River. Nestled in an unspoiled natural setting at an altitude of 798 meters, which makes it one of the highest distilleries in Japan, it also has direct access to very pure water slowly filtered through the granite layers, from the snowmelt of the surrounding mountains dominated by Mount Kisokoma.

In the region, summers are short and hot and winters long and harsh with sub-zero temperatures (average annual temperature at the distillery of 8°C) resulting in a slower and deeper maturation. This rather cool climate limits the evaporation of the whisky during the ageing process, the "share of angels" recorded in Shinshu is about 3% per year. 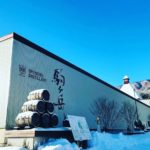 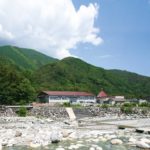 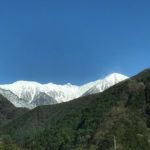 Following the expansion of the site in 2020, the new annual production capacity reaches 185,000 liters. The distillery has been equipped with a new building in which the fermentation tanks, the still room and a new aging cellar that can accommodate 2,500 barrels have been grouped together. This, added to the 2,000 barrels in the other two cellars on the site, brings the total storage capacity to 4,500 barrels.

The six fermenting tanks, each with a volume of 6000 liters, are made up of three Oregon pine wood tanks and three stainless steel tanks.

For distillation, Shinshu is equipped with a pair of traditional copper stills, a 6,000-liter wash still and an 8,000-liter spirit still, both of which are heated indirectly with steam. 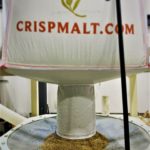 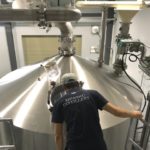 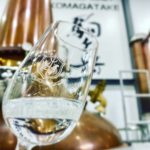 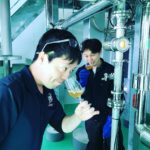 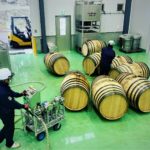 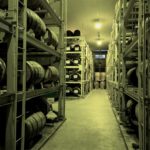 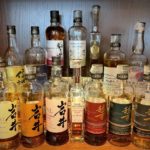 Note that in 2021, Shinshu participated in an original experiment for Japan by sealing a partnership with a rival distillery, Chichibu, to create a whisky born from the marriage of barrels of the two houses: the Mars Malt Duo Komagatake x Chichibu.

Through its productions, Shinshu reveals the philosophy of the Hombo family that Kasuto, the eighth of the name and current president of the group, is in charge of transmitting to the teams.

One of the main values of the company is the respect of nature and the environment, which is highlighted by a series of bottlings in homage to the local fauna and flora, such as the Komagatake single malts "Nature of Shinshu", the Mars Malt single casks "The butterfly", and the world blends "The lucky cat", which honors the cats that the family is particularly fond of 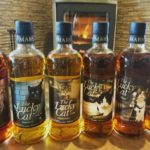 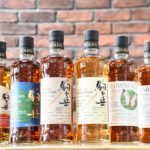 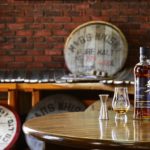 This philosophy is also marked by a desire for transparency with the involvement of Hombo Shuzo in the creation and implementation of the specifications of the Japan Spirits & Liquors Producers Association (JSLMA) which we mentioned in a previous article.

Hajime Kunai, the House's Master Blender and Shinshu's General Manager since 2009, gives free rein to his creativity thanks to the many assets provided by the Hombo Shuzo group.

In particular, he was able to set up a variation of the Komagatake single malt aged in three different locations, in Shinshu where it is distilled, Tsunuki located in Kagoshima on Kyushu, and on the tropical island of Yakushima where Hombo Shuzo owns an aging cellar dedicated to whisky built in 2016. These three sites have very distinct climatic conditions allowing the birth of 3 different styles of single malt.

But his hidden ambition, shared by Kasuto Hombo, is the production of a "110% Japanese" Komagatake single malt, from grain to cask, using a variety of barley specially grown for Mars Whisky in collaboration with Japanese farmers.

In the meantime, he is in charge of building the character of the Shinshu single malt, which he has already made evolve with each distillation and the time spent in maturation, offering him more and more components for the blending of his whiskies.

Open to visitors, the distillery is composed of several buildings including the still room, three aging cellars, a store, and a bar where you can taste a good part of the Mars Whisky bottlings. You can get more information and book your visit on the Hombo Shuzo website 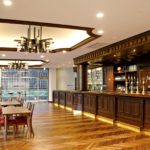 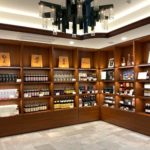 If you wish to discover the Japanese whiskies of the Shinshu distillery available in Europe, please visit Uisuki.com.