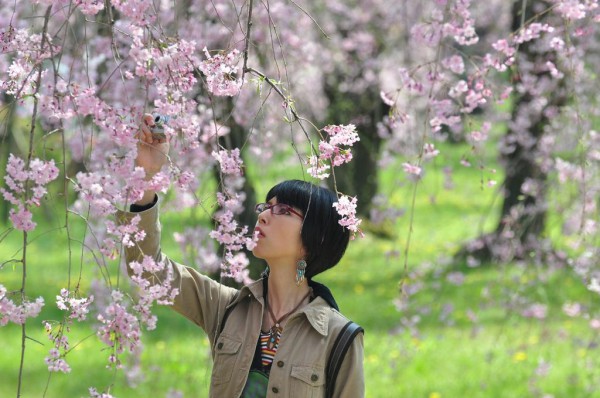 The hanami (花 见) which means "admiring flowers," is a japanese tradition that takes place every year in late march to late april when fruit trees are flowering. The most famous hanami is the cherry (sakura 桜) one, which celebrates the arrival of spring. It is the opportunity for japanese people to meet in parks with family or friends. This year in Japan, sakura bloom began ten days earlier than in the previous years. From march 15 to april 15, the archipelago will gradually adorn pink. In France, with an extending winter, cherry just began to flowering with almost ten days late. 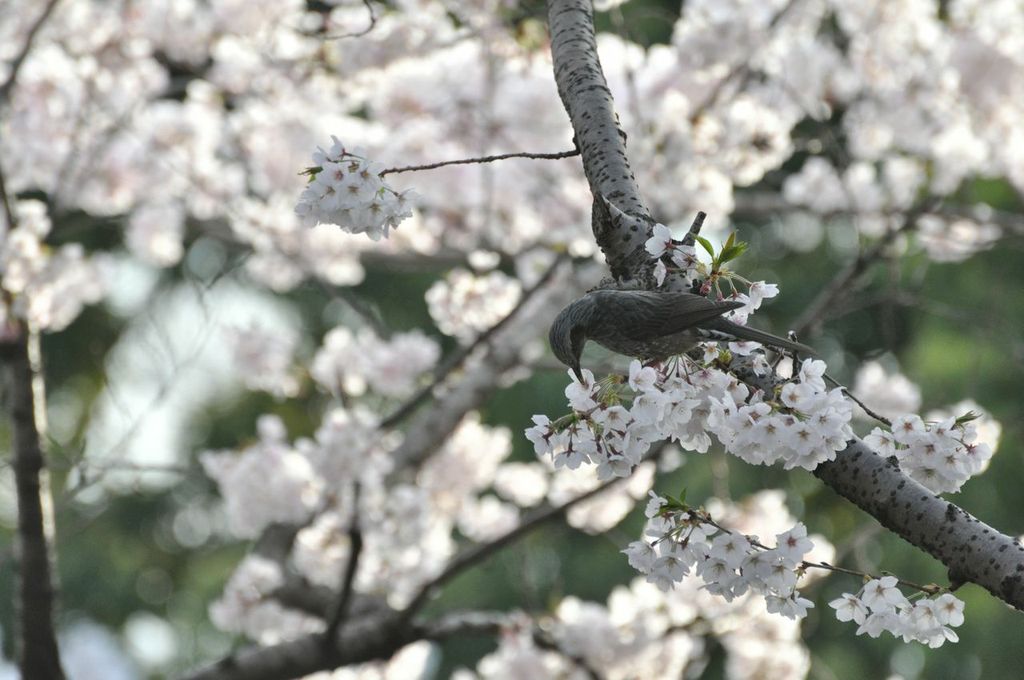 Coming from chinese people, the tradition of admiring the beauty of flowers appeared in Japan during the Nara period (710-784) where the japanese aristocracy was sensitive to traditions from China. At first,  japanese people admired the plum blossoms (ume ウメ) and it's only from the Heian period (794-1185) that cherry tees grow in importance as they were used by rice farmers to announce the time of transplanting in rice fields. At that time, the japanese believed in the existence of gods in cherry trees and thought to protect their crop depositing offerings at their feet.

Emperor Saga (786-842) enhanced the tradition, organizing each year under the cherry blossoms of the Kyoto imperial court, banquets largely watered with sake where artists, poets and aristocrats gather to admire the flowers . This is the origin of hanami.

Over the years and through the influence of the poets, hanami tradition becomes more popular and spread throughout the archipelago. It was first adopted by the samurai society and later by the people in the Edo period (1600-1868). Contemplation of flowers has become a time of reflection on life and the passing of time embodied by the fleeting beauty of cherry blossoms.

With the approach of sunny days, japanese people are carefully monitoring the development of buds on cherry trees. A soft pink madness takes hold of the archipelago and the cherry blossoms front (桜 前线 sakurazensen) is displayed in all media. Indeed flowering begins Okinawa in southern Japan to gradually spread throughout the country and end in the north by the island of Hokkaido.

During the ten days of flowering, japanese gather with family or friends for a picnic. Parks are then overcrowded and you should reserve a place by installing your blanket (traditionally blue) early morning. The festive atmosphere enhanced by the consumption of sake and other alcoholic beverages such as japanese whisky and beer, stays a family event. 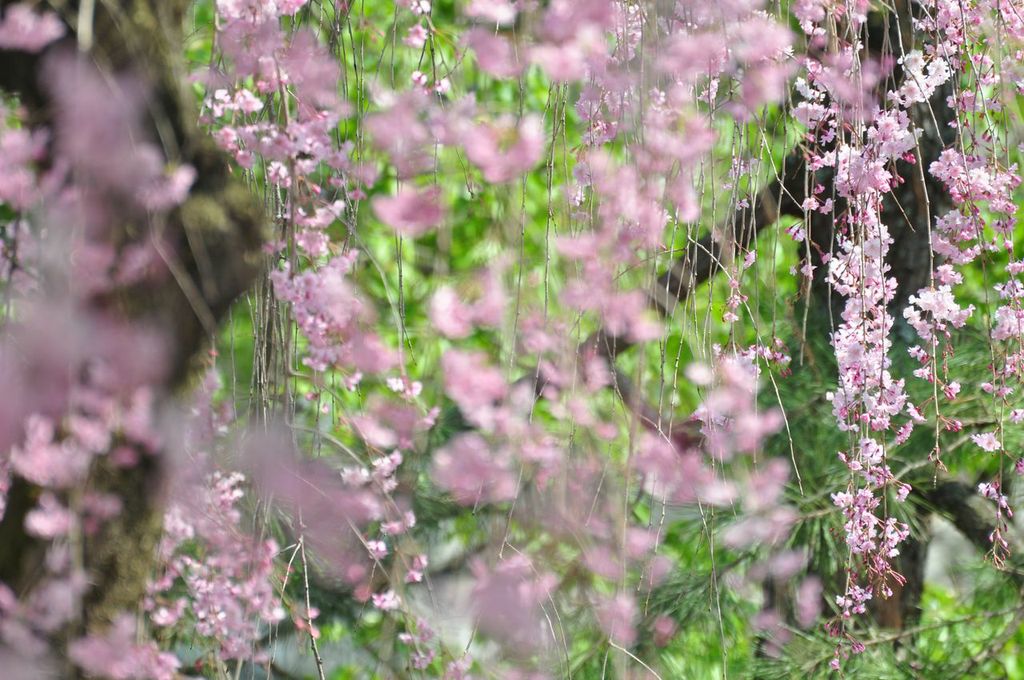 People sing, toast, taking hundreds of pictures of flowering trees but also organize large picnics. It should be noted that there's no specific culinary traditions associated with hanami. Some people prepare their bento (lunch box), others are buying snacks at the grocery store or even go to fast food to look for a sandwich. You can eat everything you want as long as you're drinking !

Because the only rule that could be "imposed" is the consumption of alcoholic beverages. And it's no longer a taboo, hanami is sometimes regarded, especially by young people as an excuse to drink alcohol in parks where usually its consumption is prohibited. This is the reason why some old people prefer celebrate other hanami like plums one which takes place a little before the cherry one.

Beyond the excessive consumption of alcohol or not, the japanese enjoy the hanami to think about  the last past year and think about the next one. They celebrate the passing of time. It is so awaited that one year, after a very bad winter, very few cherry have bloomed, and this event was seen as a national tragedy.

Japanese culture is closely linked to nature, they are inspired by it and deeply respect it. The hanami is one of the most celebrated traditions in Japan, it expresses the sentiment to belong to the same people and share the same culture.