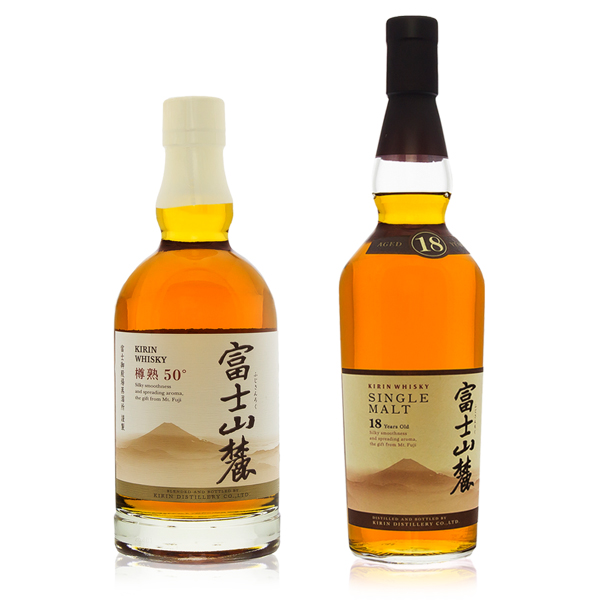 Let's conclude the results of the International Spirits Challenge 2014  with a nice surprise : the appearance among traditional japanese whisky brands Nikka and Suntory, of two whiskies produced by Kirin Whisky in the Fuji Gotemba distillery !

Known in France for the eponymous Japanese beer, Kirin is also invested in Japanese whisky and for quite some time. Last owner to date, through its subsidiary Mercian Co. Ltd. now legendary Karuizawa distillery before it closed, Kirin has not abandoned whisky in 2000.

It is now the Fuji Gotemba distillery, located at 620 meters above sea level at the foot of the famous Mount Fuji, which produces all the whisky brand. Opened in 1973, the distillery has the distinction of integrating the entire production process of brewing and bottling for grain and malt whisky. As such, it mainly produces grain whisky (3 types) distilled in Coffey stills but also malt whisky distilled in "pot stills", and all are aged exclusively in old bourbon barrels of 180 liters.

If the bulk of the production is used in the composition of the blends of the brand, an 18 year old single malt, the Fuji-Sanroku is nevertheless produced in limited quantity. Today, these are the two flagship products of the distillery, launched in 2005, receiving a gold medal from the ISC 2014 : Kirin Fuji-Sanroku 18 year old single malt and the Kirin blend Tarujyuku 50 °.