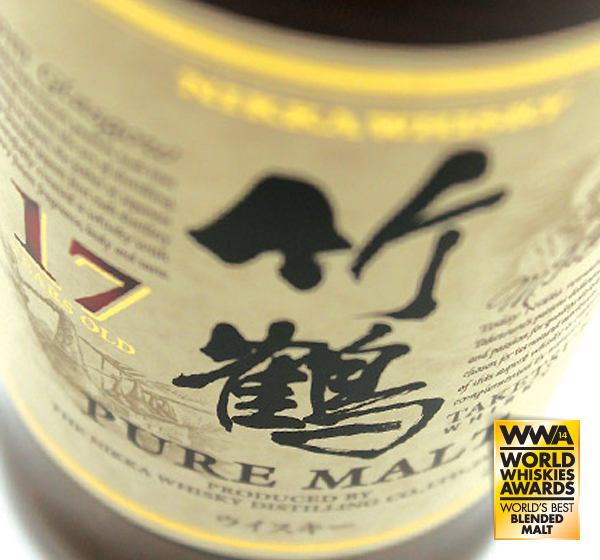 The results of the World Whiskies Award 2014 were announced last night and, like every year, Japan stands out with at least one major award. This year the Taketsuru 17 year old from Nikka wins the World’s Best Blended Malt award.

This is obviously a great success for Japanese whiskies and moreover for the whole Taketsuru range who as won the title 6 times in the last 8 years! However, 2014 will probably remain as a small disappointment for Japan as only one major award goes to Japanese whisky while, in previous years, the Japanese productions were awarded by at least two to three prizes!

Next to the "World's Best" awards, the jury of WWA also established a ranking of the best whiskies, by categories and countries. Therefore, are also rewarded with a gold medal: