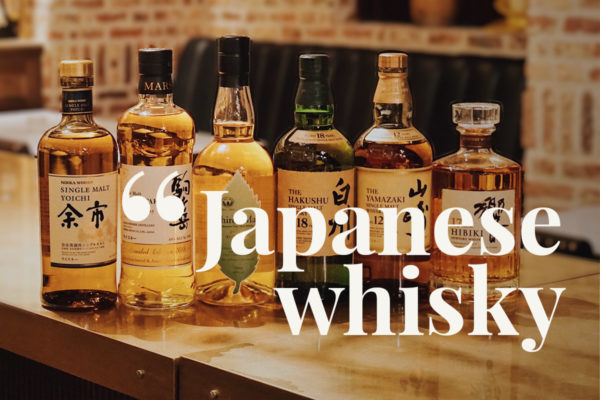 The use of “Japanese Whisky” label finally clarified

This is a great step forward in the world of Japanese whisky, the Association of Spirits & Liquors Producers of Japan (Japan Spirits & Liquors Makers Association) has just officially announced the creation of a set of specifications aimed at clarifying the standards for the use of the "Japanese Whisky" label.

The least that can be said is that it was time to standardize the criteria for claiming the "Japanese Whisky" appellation, as this demand comes from both consumers and the main players in the sector.

Composed of 82 members bringing together the main producers of spirits (whisky, shochu, rum, etc...) and liqueurs, the Japanese association created in 1953 addressed the problem of the confusion prevailing in recent years around the label "Japanese Whisky". Several round tables bringing together whisky professionals have been organized over the past few months and have resulted in a official announcement presented this February 16, 2021.

Because of its international success and the explosion in demand, combined with a shortage of stocks from the historic distilleries, some producers and bottlers have not hesitated to play with the grey areas of the particularly permissive Japanese legislation both on the origin of the product and on the very nature of the alcohol presented as "whisky".

It is in this context that many new "Japanese whiskies" with names evocating Japan such as Tenjaku, Fujimi, Fuyu, Hinotori, Kamiki, The Fuji San, Kumataka, Koshu and others have appeared, and their origin is in fact as obscure as the production method despite commercial attributes that suggest that the product is 100% Japanese. Most of these products, most of which are positioned at the entry level of Japanese whisky, have recently invaded the shelves of supermarkets, often giving an fake image of Japanese whisky when being tasted. 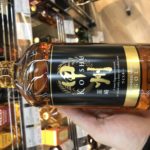 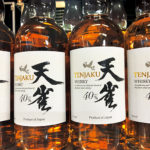 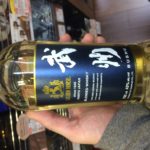 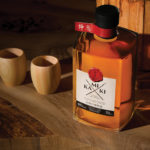 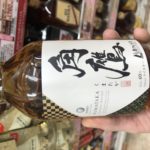 Like the rather permissive "Homemade" label that we know for restaurants in France, according to the Liquor Tax Act to be considered as "Product of Japan" it is sufficient that the imported whisky is mixed with Japanese water and bottled in Japan but not necessarily distilled and aged on the archipelago. Some producers have rushed into the breach by using both terms "whisky" and "Product of Japan" for their products, with a few kanji, or even an age on the label, in order to fool unwary consumers.

If for some it would seem that the transparency concerning the use of whisky imported from abroad has been of use from the beginning to highlight the art of blending such as Togouchi, Yamazakura, or Ichiro's Malt and Mars Whisky, for others the opacity does not allow to affirm that it is indeed Japanese whisky such as one could imagine. Most of the time the content is nothing else than whisky imported from Scotland, Canada, USA or elsewhere, sometimes aged in Japan but mostly blended, reduced with Japanese spring water and bottled on the archipelago in a nice packaging with a design evoking Japan. 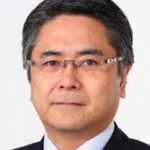 Mr Takumi Senba, president of the association, wanted to make a clarification :

"By clearly defining what 'Japanese whisky' is (...), we aim to clarify the confusing situation for consumers. We also hope that drawing the attention of our customers and whisky lovers around the world to the value of our whisky, which has evolved quite independently over the last century, will lead to greater prosperity for the whisky industry in Japan".

Following the creation of these specifications, several brands, including some major players in the sector, will be impacted, such as Nikka Whisky, which is taking the lead with this announcement (its emblematic blend From The Barrel would contain Ben Nevis whisky), and will have to comply either by "de-Japanizing" the labels and packaging of products that do not meet the criteria, or by stopping them altogether.

Retailers (supermarkets, liquors shops, online stores...) will also have to make an effort of transparency towards consumers, which is far from being the case on the spirits market with, not so long ago, french hard discounter Lidl and its Akanagi whisky sold as Japanese whisky but for which there is no trace of its origin. It is therefore better to turn to a specialized retailer such as Uisuki, which has always been committed to enhancing the value of Japanese whiskies by carrying out a rigorous selection of products and having a strong expectation from producers in terms of transparency on the real origin of the products. In this respect, the product sheets will soon be progressively updated to reflect the application of the new framework and allow consumers to have complete confidence in the products on offer.

The specifications are composed of 7 articles of which here are the most essential :

Article 3 | Scope of application of the specifications :

Article 5 | Standards of Use of Specified Term for Whisky

To restore order among Japanese whiskies, the specifications, in addition to targeting origin and method of production, also address the issue of visual identities and misleading labeling.

1. The specified terms set forth in Article 5 may not be used in labeling products unless the production method quality requirements set forth in Article 5 are satisfied, even if such terms are expressed through or with : (i) words that have the same meanings as those terms (e.g., "Nihon whisky” or "Japan whisky"), (ii) translations into Japanese or a foreign language, or (iii) terms such as "type" or "style".

3. Business operators shall not use labeling that makes it likely that alcohol products that do not meet the definition of "whisky" under the Liquor Tax Act are mistaken for whisky, and shall not supply, or cooperate in supplying, alcohol products to vendors that use such labeling.

If a whisky satisfies the production method quality requirements set forth in Article 5, it is currently understood that the types of whisky permitted to be labeled in association to "Japanese" are : "Malt Whisky", "Grain Whisky", "Blended Whisky", "Straight Whisky", "Single Malt Whisky" and "Pure Malt Whisky".

The Labeling Standards shall be administered by the Japan Spirits & Liqueurs Makers Association, and any uncertainty in their interpretation or use of specific terms shall be deliberated by a committee entrusted by its board of directors.

The regulations will take effect April 1, 2021 and producers or bottlers will have until March 31, 2024 to comply. Within 3 years, Japanese Whisky will be definitively purged of these misleading bottlings, which will not have served to promote Japanese know-how but rather to satisfy the buying fever of millions of Chinese tourists who have traveled to the archipelago in recent years, and millions of consumers all around the world, all in search of Japanese Whisky.

This specification is probably the first step which, thanks to JSLMA's lobbying of the Japanese government, will lead to official regulations with the definitive protection of the "Japanese Whisky" label. Nevertheless, certain Japanese producers did not wait for this clarification to go even further in the development of 100% Japanese whisky, from the grain to the wood of the casks, and the future seems very promising for the sector with the arrival of many new players to be closely monitored such as the Akkeshi, Kanosuke, Okayama, Asaka or Sakurao and Kaikyo distilleries, which already comply with all the points of the specifications.