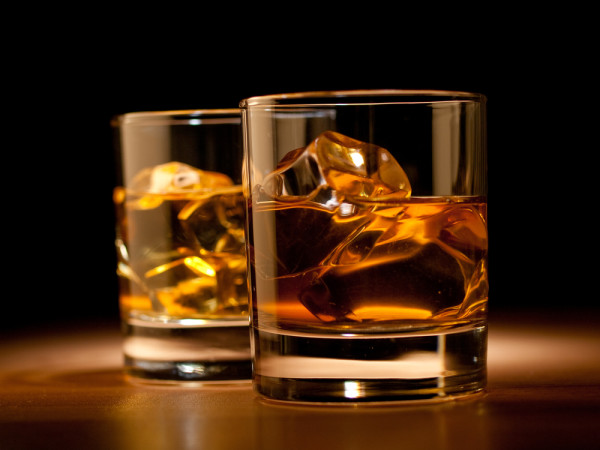 Everybody knows the two most famous way to drink whisky, "straight" pure and "on the rocks" with ice. But have you ever heard of highball, "ice ball" or mizuwari?

Traditionally in Japan, alcohol is consumed preferably with meals. In fact, it's considered as a kind of "social bond" because of its disinhibiting effects that allow Japanese to speak among themselves in a less formal and codified way. Alcohol is not used to party, but for a moment of sharing. In Japan, people drink in groups and always with something to eat. And it's this cultural particularity that will arise some Japanese variants that will enrich the ways to enjoy your whisky.

Generally, whisky is consumed "alone" with or without ice, but you can also use it as a base ingredient in cocktails. In this article we will only present you  the different ways of drinking whisky "alone".

It's the purest way to drink whisky and probably the most popular among whisky lovers. No ice, no water, and preferably at room temperature. Whisky and its aromas in all their splendor. However, you can serve it in a glass previously cooled in the freezer to slightly lower temperature.

Concerning "cask strength" whiskies (natural alcoholic degree), tasting them straight won't be usually reserved for beginners. It's better to have a trained palate to drink whisky containing more than 50% of alcohol.

Join to your tasting a glass of cold mineral water to rinse your palate when it becomes too sensitive to the aggressiveness of alcohol. 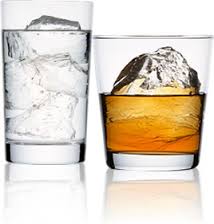 You've probably already heard the famous phrase "on the rocks". In general, drinking alcohol on the rocks means adding a few ice cubes to cool it. This is for sure the most popular way to drink whisky around the world.

The expression comes from the use of pebbles by the Vikings in the year 800 to cool hydromel (fermented drink made ​​from honey).

But drinking whisky with ice causes some inconvenients; the dilution of whisky due to the melting ice and especially cold, which tends to reduce the power of aromas.

It's up to you if you want to add ice in your whisky in order to drink it cooler. There is still a guiding principle, you should preferably use large ice cubes which cool more rapidly and tend to dilute less whisky.

There are two japanese variants of the whisky on the rocks: the "ice ball" and mizuwari. 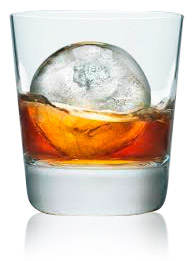 Japanese sense of aesthetics and great skill gave birth to a highly accurate and functional variant: the ice ball whisky.

Accurate because it's a perfectly round ball of ice adapted to the glass that replaces the usual ice cubes and functional because a large sphere of ice has a greater cooling power.

Carving ice balls became an art that only a few great bartenders mastered to perfection.

Whisky ice ball will be served as a ritual that is divided into several stages, the first being the carve of the sphere. Then the bartender slips into the glass of water to cool it quickly by turning several times. Once the glass has cooled, water is thrown away and the bartender pours whisky gently on top of the ball then moves several times to homogenize the temperature.

The ice ball will allow you to drink your whisky cool while thinner as possible. But unless you are an ice sculptor amateur, you will have to go to a bar where the bartender offers to serve whisky ice ball. 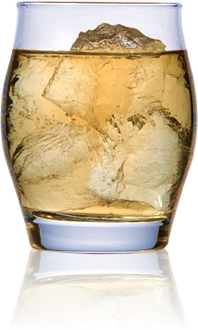 Typically Japanese way of drinking whisky, mizuwari literally means "mixed with water." And it's served during the meal  in a glass filled with ice.

The whisky is then transformed into a less alcoholic drink which retains most of its flavor. This is the most common way to drink whisky in Japan, especially in Japanese gourmet restaurants.

For a perfect mizuwari, fill your glass with ice and add one dose of whisky for 2 to 2.5 doses of mineral water.

The highball is the sparkling version of mizuwari where whisky is mixed with sparkling water.

To drink your favorite japanese whisky in a funny way opt for a mizuwari or a highball. You will discover it in a new light.

Variant more confidential but also most controversial of the straight whisky, the twice up is a mixture of one dose of whisky for one dose of mineral water. It is a "half-half" which in Japan is served preferably in a wine glass.

But the addition of water in whisky remains a subject on which many people are not of the same opinion, up to you to make your own choice and find your perfect mix. We will however offer you to see a little bit clearer ...

Can I add water to my whisky ?

Japanese people didn't wait long to find the answer, on the archipelago whisky is consumed diluted with water in mizuwari and highball for over half a century.

The first rule to be respected if you want to add water in your whisky, is to choose a neutral mineral water, in fact some have a very strong taste that may interfere with the aromas of your whisky.

And the second rule to follow is to enjoy your whisky as it was developed by the producer. Remember that this is a product that has been carefully selected and worked, then aged for many years in some cases. A secular expertise is offered in your glass, appreciate it before change it. Watch its colour, smell it and taste it before adding water. Now let's go with the progressive dilution of your whisky ... 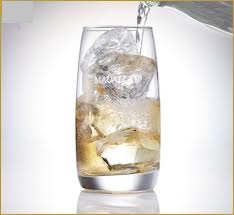 Let's start with a few drops of water (about one third of water to two thirds of whisky), the dilution is weak and the alcohol of your whisky declined slightly. You will see that aggressiveness due to alcohol decreased significantly without mitigating the flavors. At this level of dilution, water has an enhancer effects on some flavor and your whisky flavor profile is very close to the original.

This dilution can be recommended when you decide to drink "cask strength" whiskies usually containing more than 50% of alcohol, or even for the uninitiated palate.

Continue adding water, we arrive to the twice up, 50% water and 50% whisky. It is now much less aggressive and the alcoholic mouth power is equivalent to that of wine. Winning smooth on one side, you lose flavors on the other. Water has alleviated some aromas to focus on others. At this level of dilution your whisky flavor profile has changed without diminishing in intensity.

Only Japanese people, for cultural reasons, continued the dilution and created the mizuwari and highball which mixture is two thirds water to one third of whisky. Aggression in the mouth completely disappeared. Water has mitigated many aromas and the flavor profile has changed significantly without disappearing. Your whisky is now as strong as beer and served in a tall glass filled with ice cubes, you'll enjoy it during your meal.

It would be useless to go beyond because there would be surdilution and flavors would be drowned in water. And therefore no interest to drink your whisky!

So can we add water in whisky? The answer is yes you can add and it is even sometimes recommended ! After that, everything depends on you and your desire. 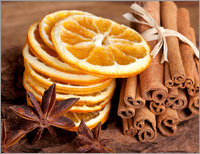 Last way to drink that we'll present you : the hot whisky ! Of course you can also drink it hot and you know probably its most famous version: the irish coffe. But you can also just prepare a grog with whisky. Heat the water and when the temperature reaches 80 ° C fill with one third of whisky. You can then talk to your creativity by adding cinnamon, citrus, dry oranges or mint ..

We presented you the main ways that exist to drink your whisky. But after all, we have an intimate relationship with our favorite whiskies, there is not a better than another way to drink and everybody can vary according to your desires. We can all add our personal touch for tasting. You can also share with us how would you drink your whisky in a comment on this article !