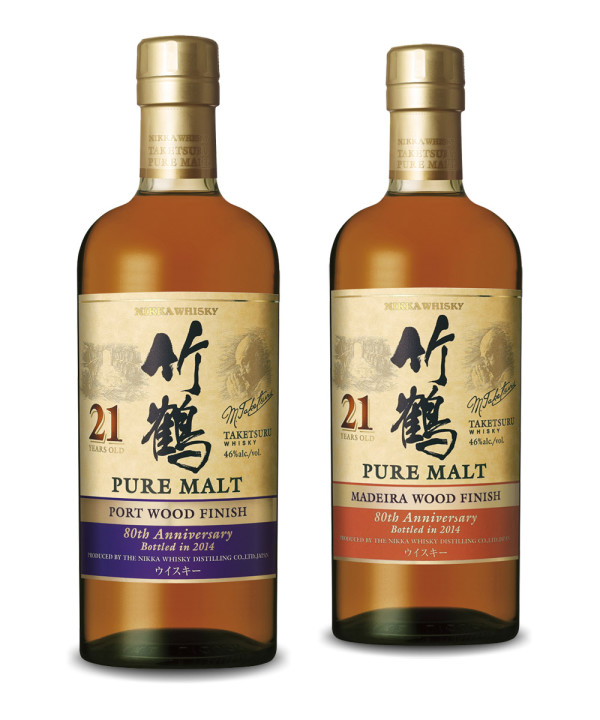 This year, Nikka celebrate two anniversaries : the 80th anniversary of its creation (but also the construction of Yoichi, its first distillery) and the 120th anniversary of the birth of its founder Masataka Taketsuru. For the occasion, two limited editions of the famous Taketsuru Pure Malt version 21 year old have been presented; the Port Wood Finish refined in Port wine casks and the Madeira Wood Finish refined in Madeira wine casks .

After having accumulated know-how in the whisky production during his trip to Scotland in 1918, and after briefly working with Shinjiro Torii, Masataka Taketsuru starts his own whisky adventure in 1934 with the construction of its Yoichi distillery in north Japan on the island of Hokkaido and the creation of his company Dainipponkaju, which later became Nikka . 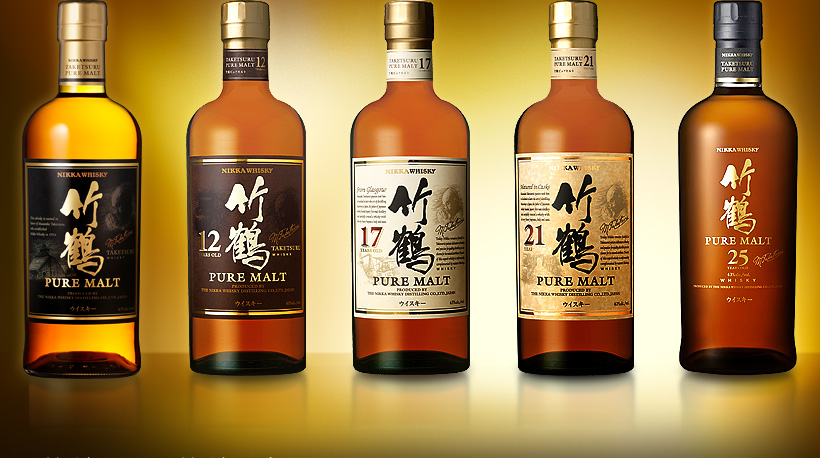 The 21 year old Taketsuru Pure Malt is a blended malt, a blend of the best single malts aged at least 21 years coming from the Yoichi and Miyagikyo distillery. Both limited editions received a further refinement in european oak barrels which served in the maturation of traditional red wines from Porto Douro in Portugal for the Port Wood Finish, and from the island of Madeira for the Madeira Wood Finish .

During refining, the Taketsuru 21 year old will be strongly influenced by the work of the Port and Madeira wines previously contained in the drums, enriching the flavor profile, the texture and the whisky color.

The Nikka popularity abroad is increasing year by year, sales of Taketsuru reached 76,000 bottles in 2013 with a target of 100,000 set in 2014, the brand has decided for her 80th birthday to launch these two limited editions with one only available in Japan, the Port Wood Finish, and another specially reserved for the european market, the Madeira Wood Finish.

Only 500 copies of the Madeira Wood Finish version have been bottled at 46% of the volume will be reserved for the european market from July 2 2014 for a retail price of 280 €.

In addition to the two limited versions of its famous blended malt, Nikka commemorates its founding father with the creation of an ephemeral bar, the Taketsuru Bar Museum, open from 29 April to 18 May 2014 at Roppongi Hills in Tokyo.

A contest will also be held in Japan from 30 April to 30 June 2014, where participants can win after the draw, one of the five trips for two people in Scotland "in the footsteps of Masataka Taketsuru" or one of the 1000 boxes with a bottle of Taketsuru Pure Malt and a tasting glass.