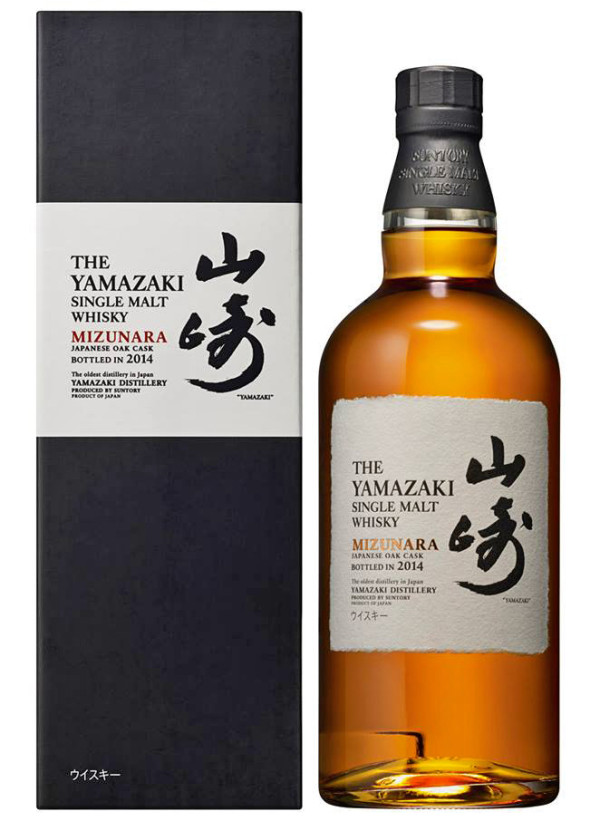 The new edition of the rare and delicious Suntory single malt composed exclusively with whiskies aged in japanese oak, is scheduled for april 22. Unfortunately Yamazaki Mizunara 2014 will only be available in Japan.. This will make blows a lot of disappointed worldwide...

Indeed, in addition to being reserved for the japanese market, only 1,600 copies were bottled at 48% abv and unchill filtered. This exclusive new edition marks the 30th anniversary of the birth of the first Yamazaki single malt, in march 1984.

To have a chance to taste it, you must go to Japan to find one of these rare bottles and pay the modest sum of 25,000 yen (about 177 €). And if you still want to taste the Yamazaki Mizunara, there are a few bottles of the 2013 sublime edition left on the online shop Uisuki.com !