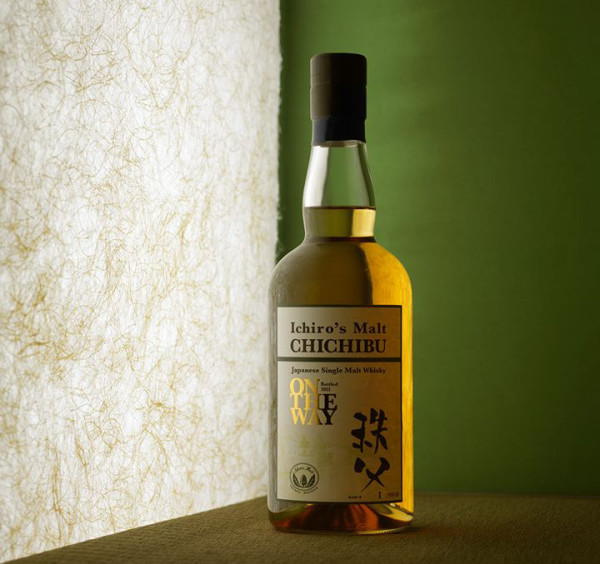 Single malt Chichibu “On the Way”

Today a new japanese whisky is unveiled, the single malt Chichibu "On the Way". Ichiro Akuto releases the first 5 year old of  his distillery founded in 2008 at the foot of a mountain in the region of Saitama single malt. This whisky is (currently) the oldest one produced in Chichibu, which is gaining in quality and maturity each year.

Grand-son of the founder of Hanyu distillery, now closed, Ichiro Akuto has a passion about whisky. After working in the whisky industry in Japan , he decided to fulfill his dream to become a producer like his grandfather, so he created his own brand Ichiro 's Malt and Venture Whisky, the company in charge of the distribution. This new single malt is a symbol for him, in fact it was set as a primary objective, produce a 5 year old single malt in 2013.

In reality, it is not exactly a 5 year old, because the age shown on a bottle is the age of the youngest single malt used in its composition. To be more precise, when a single malt is said to be a 5 year old, it means that it's composed of single malts aged at least for 5 years. And as you can guess, Chichibu having started production in 2008, the oldest barrels can't have more than 5 years .

To remedy this Ichiro Akuto has demonstrated creativity and ingenuity by selecting three barrels which the oldest dates from 2008. And the Chichibu "On the Way" is not strictly speaking a 5 year old single malt but it contains some in its composition. We can say that the distillery is "on the way" to produce a real one in the near future, hence its name "On the Way" which means " On the way to the 5 year old single malt".

After these details, now let's see the composition of this new release.

Three barrels were selected and vatted together in different proportions :

The mizunara hogshead, is the second oldest barrel of the distillery, so it contains the second batch to have been produced in Chichibu.

Despite its 58% of alcool, the single malt Chichibu "On the Way" is not cask strength, it is slightly diluted because it wasn't matured enough to see its alcohol level decrease with the angels share (amount of alcohol evaporates naturally during aging).

9900 bottles have been produced, this new japanese whisky will probably be available in Europe in early 2014, meanwhile you will have to move to Japan to find it.

More than a goal, the ultimate dream of Ichiro Akuto is to one day enjoy a 30 year old Chichibu single malt.. However we can say that he's "on the way" to achieve his dream.