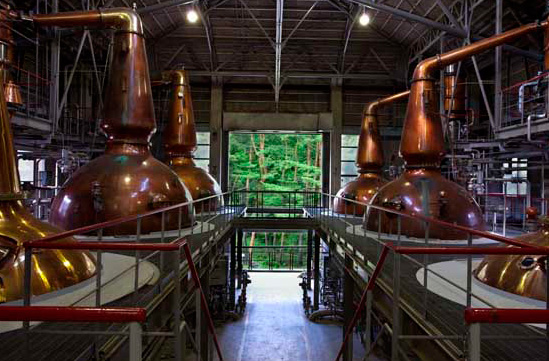 A brand new pair of stills for Hakushu distillery

Known worldwide for its single malts with "fresh and green" character, Hakushu is growing and to please the increasing demand in Japan and abroad, Suntory announced the addition of a new pair of stills in the distillery !

The installation began in december 2013, the stills should be operational by september 2014 and thereby increase the production capacity of the distillery by 30%. The massive investment representing an amount of one billion Yens should allow Suntory to be able to respond the demand in the next few years.

Last year, to celebrate the 40th anniversary of the distillery, Suntory announced the installation of a column still to begin production of grain whisky on the site. After diversification, today Hakushu expands for the delight of all fans of japanese whisky !