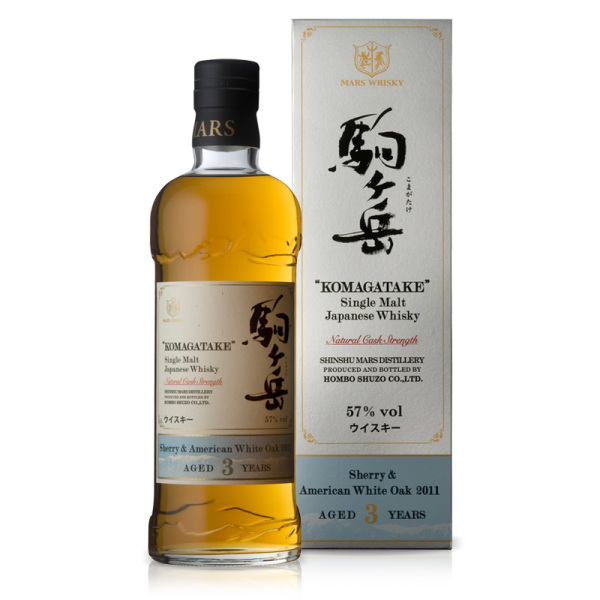 A new Mars Whisky has just been unveiled in Japan ! Single malt Komagatake from the small Shinshu distillery now comes in a Sherry and American white oak casks release.

Since the official announcement of his return to the production of whisky with Komagatake "The Revival" 2011, Shinshu distillery regularly presents new whiskies as the blends Two Alps and Tsunagu for Isetan. Yesterday was unveiled in Japan, a new version of its famous single malt Komagatake aged in sherry and American oak casks.

Distilled in 2011 and aged 3 years, the latest addition to the Mars Whisky's range was bottled at 57% ABV, a strong alcohol content allowing a better preservation of aromas despite his young age. This desire to bring out the best flavors despite the youth of whisky, was also already successfully adopted by the now-famous Chichibu distillery.

Due to the small capacity of the Shinshu distillery, this whisky is a limited edition to 5200 bottles, which will be available for sale for a price of 8640 Yens.